The sixth year of the Festy was the biggest so far and by many accounts the best ever. The weather was cooperative, the mountains were gorgeous and the music was the star attraction.

The Infamous Stringdusters kicked it off on Friday with two sets of old favorites and rare treats. They broke out Tears of the Earth a beautiful and rarely heard song.

Cabinet played Friday night as well (and did a wonderful show on Thursday night for the early arrivers.) They are progressive bluegrass and they contributed some fantastic bluegrass. Fun band, go see them!

Saturday was packed and fans were not disappointed by the Larry Keel Experience. Sam Bush had just arrived so he joined in for a song or two. There was some incredible picking going on between Sam and Larry.

Lyle Lovett and John Hiatt hit the stage just before sunset. They took turns from one song to the next. Lyle did favorites Lights of L.A. County and If I had a Boat. John Hiatt did Drive South and Marlene among many classics. At one point, as the setting sun bathed the mountains in gold, Lyle told the audience to turn around so they wouldn’t miss the beautiful scene they could see from the stage. I’ve seen that happen one other time. Jeremy Garrett did the same at Floydfest–in the middle of a song.

Lyle and John’s encore was one song each. Lyle did the clever Church and John sang the amazingly simple and powerful Have a Little Faith in Me. Perfect ending to their set.

The banter between the two was fun. Both have a wry sense of humor. Our friend Ted described the scene well — like being in their living room. 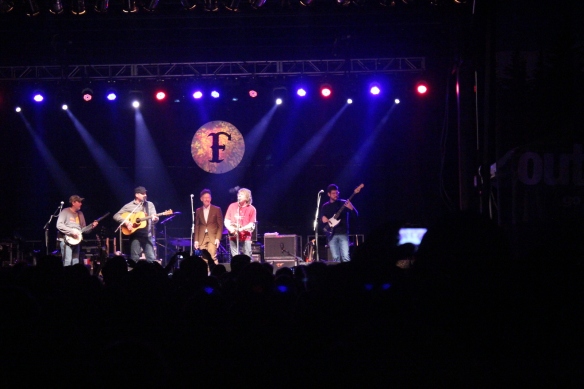 Sam Bush Band closed out the night with a strong set of newgrass. The evening was so cool and damp you could see your breath and the band had to stop more than once to dry the instruments from the heavy dew.Lyle joined Sam for a few numbers early on.

Sunday opens with the Garrett Grass Gospel Hour, described by Festy regulars as the very best of Festy. Here’s the deal. It’s not to be missed no matter how late you stayed up on Saturday. Seriously, sleep next week. Just go to Gospel Hour. You listen to beautiful, personal gospel and spiritual music. I watched hawks float along the air currents coming off the mountain behind the stage. Magical.

Gospel hour music included Jeremy Garrett doing a solo Working on a Building. Jeremy and his wife, Connie, singing Lean on Love. (it was stuck in my head the next day and I loved it!). Jeremy, Connie and his sister sang lovely family harmonies. The set included the Stringdusters doing Let it Go, and One More Bridge. 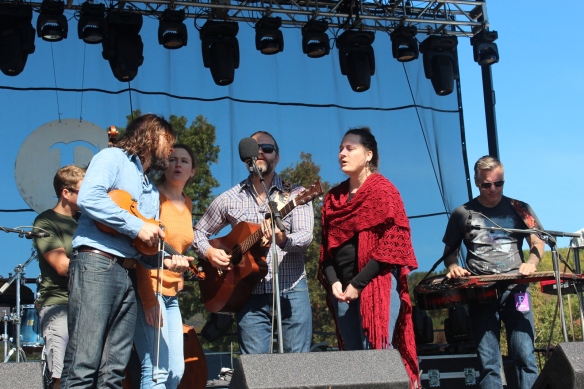 Daniel Walker returned for another Gospel Hour, this year with Down by the Riverside, with Jeremy, Connie, Sarah and the Stringdusters. 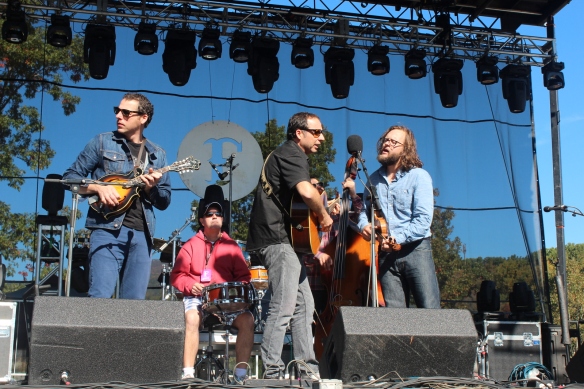 The Falco Brothers–wow! So much wonderful positive music.

The Stringdusters closed it out with two hot sets on a cold Sunday night. Their sets on both nights included new music, old favorites and some that had been tucked away for a while. They did several cool covers. Jimi Hendrix Voodoo Chile and Allman Brother’s Midnight Rider. They have a new EP out with some great covers. 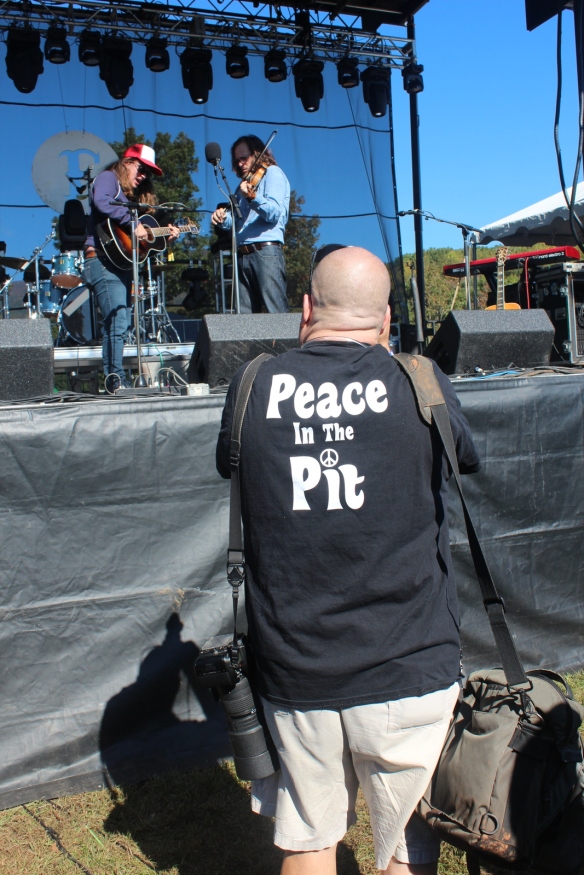 Fruition is an awesome band. Mimi, the mandolin player, was part of Gospel Hour and the band had a set as well.

Shook Twins is another fun act on the bill. They are quirky folky singers.

The talk of the festival was the possible location change next year. Word on the street and some news reports say the Festy is moving from Devil’s Backbone Brewery to Oak Ridge in Arrington, the site of Lockn, but Festy would likely use the smaller Blue Ridge Bowl stage there. The 2015 crowd shows Festy’s great potential and delivers on acts you don’t see at every festival. Music, happy people, Virginia mountains and more music.

As Saturday night’s show came to a close, Sam Bush invited the Stringdusters and Lyle Lovett to join him for Sitting on Top of the World. Lyle sang some new lyrics at the end and he said it best.

We came to the Festy
for the very first time
but it won’t be the last
not if you don’t mind.
She’s gone and I don’t worry.
Sitting on Top of the World.

Our friend Sarah scored a great video of Sitting on Top of the World. Thanks to Sarah for sharing! Give it a look. 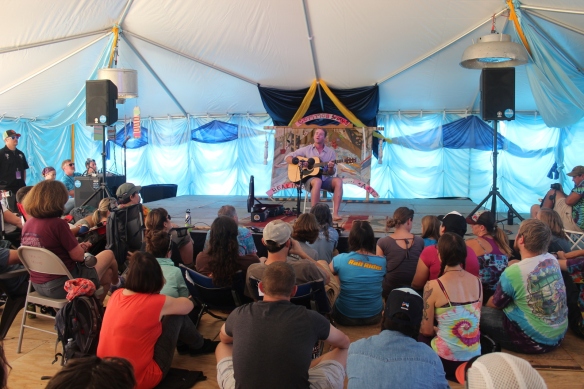 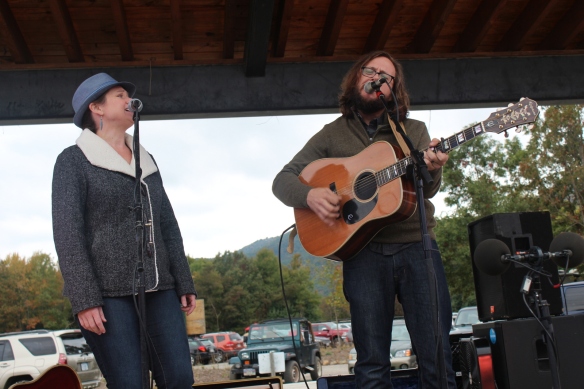