A belated post to hit a few shows we saw toward the end of 2013. 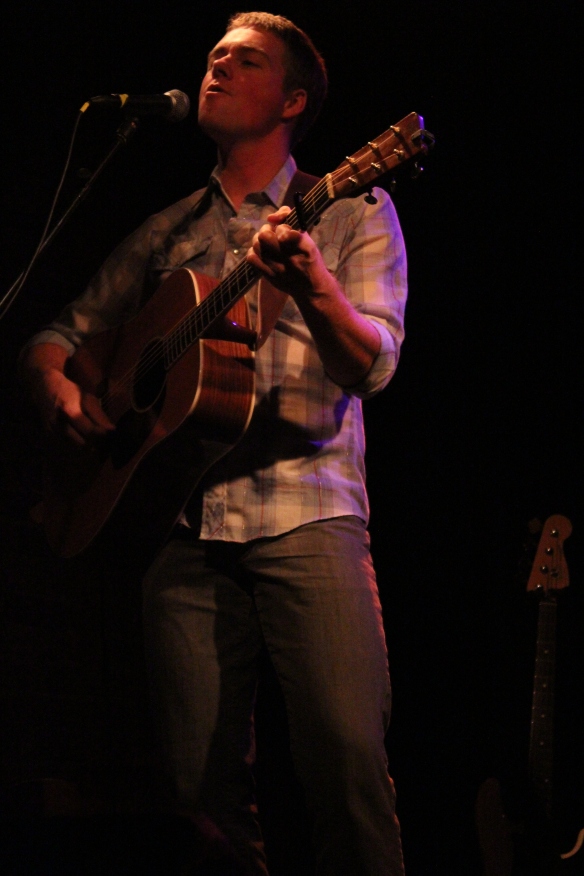 Roanoke Valley lucked out with another show from Sarah Siskind and Travis Book. He’s one of the voices of the Stringdusters and he did two songs they are known for: Poor Boy’s Delight and Rockets. Travis works to keep John Hartford’s musical legacy going and on this night, he presented a smooth “Gentle on My Mind.” It’s also on his new album Alice, which just came out this week. (It’s named after his guitar.) Travis will be back in Roanoke on Saturday, Jan. 25 at Kirk Ave Music Hall to open for the Farewell Drifters.

Sarah did the title track from her album Covered, as well as One Day at a Time and In the Mountains, from the album of the same name.

Greg won tickets to the sold out Sam Bush and Jerry Douglas show from 101.5 The Music Place! Jerry opened with a bluesy set. Sam then came on with a tight bluegrass and Americana set. His set included Howlin’ at the Moon. He also played The Ballad of Stringbean and Estelle. He talked about being interviewed about the song. It’s the story of Hee Haw star Stringbean and his wife, Estelle, who were murdered at their home outside of Nashville 40 years ago that week. I wasn’t aware of that history so I read the Nashville Tennessean article Sam mentioned at the show. A sad tale for sure. 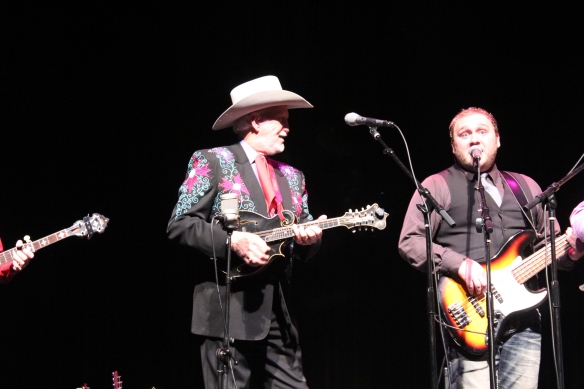 Doyle Lawson gives his hometown a Christmas show every year at the Paramount Theater in Bristol, Tenn. He and his band gave a relaxed and fun show to an audience that included many of their family and friends. It’s a holiday tradition and in addition to his tight bluegrass and gospel, Doyle and the boys did a set of Christmas tunes too.

Occasionally a little snow fluttered from above – remnants from The Nutcracker performance earlier in the day. Some of the band even donned a King Mouse head and other funny wigs.

Full post on the Stringdusters’ New Years fest in Richmond coming up next.